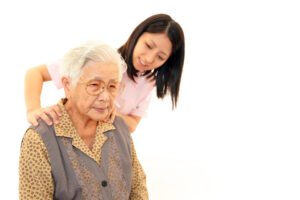 Senior Housing in San Antonio TX: Your Senior May Surprise You with Their Decision About Assisted Living

All of your life your mother has been what some might consider an obstinate individual. She is very proud, independent, and has a difficult time not just accepting help from others, but asking for it. As she’s been living alone for years, struggling with a number of things around the house, you worry about her safety. You thought about assisted living, but assumed she would never, ever consider a move like this.

People have this uncanny ability to often surprise those who know them the best. Perhaps you wanted to talk about assisted living with her for a long time, but it seemed as though nothing would really get through anyway, so you kept quiet.

She was the one who brought it up.

“I was wondering what your thoughts are on assisted living,” she might have said. Maybe this set you off balance. You didn’t know what to say in response. You were shocked. Why would she, this fiercely independent woman, ever contemplate the prospect of assisted living?

Well, there could be a number of reasons.

Second, she may be realizing just how overwhelming it is to take care of herself now. She might have difficulty just vacuuming, making a meal, cleaning up, and doing other things around the house.

She doesn’t want to be run down, exhausted at the end of the day, just to try and keep up with the general cleaning of the house where very few people even bother to visit. Some people ultimately realize their own limitations, perhaps far later than family or friends would wish, but as long as they get there, that’s a good thing.

For those who have an elderly family member struggling at home, assisted living is a wonderful option to consider. Just because we may assume they would never think about this for themselves doesn’t mean they won’t surprise us. Certainly, we’ve surprised them on more than a few occasions.