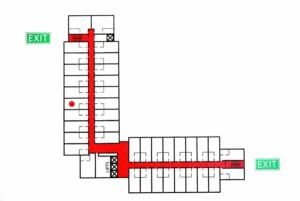 During this past month the United States has seen some extreme storms rolling through various parts of the country. Louisiana, parts of Texas, and other regions in the South have been inundated with incredible amounts of rain and massive flooding. Some have already stated these disasters are some of the worst in the country since Hurricane Sandy.

Tens of thousands of people have been forced from their homes and the damage is expected to total in the tens of billions of dollars. Before totaling the damage, though, it’s a good idea to begin seeing how a plan is incredibly important for anyone with regard to seniors, assisted living, and weather emergencies.

What kind of weather emergencies could impact seniors at assisted living facilities?

It could be hurricanes, as we are approaching hurricane season, tornadoes, flooding, fire hazards, and so much more.

In just about every region of the country there is the potential for serious weather-related events that could force people to evacuate or be more prepared for what might happen. At certain times of the year, those weather-related emergencies are going to be greater and more significant, but some can occur at any time, all year round.

Most assisted living communities already have a basic plan in place.

It’s a good idea to confer with the administrative staff members at assisted living to determine what they generally do during a particular type of emergency. What would they do if they needed to evacuate all of the residents? How would they organize transportation? How would they keep track of every resident to ensure he or she stayed with the group?

What about communication? You want to make sure the designated family member who has direct contact with the administrators at the assisted living facility are contacted in a reasonable amount of time, but that doesn’t mean people are going to hear from somebody as soon as an evacuation has been ordered. It may take time, and the most important thing is the care of those elderly residents who need extra assistance.

For family members who may live relatively close to an elderly loved one in an assisted living facility, they may want to have their own plan in place in the event a major emergency is approaching, such as a hurricane in Florida, along the Atlantic seaboard, and so on.

They may have a specific destination in mind to get to and weather out the storm, so to speak. As we head into fall and hurricane season, it’s a good idea for those states who may be directly impacted by hurricanes to be more aware of proper emergency plans.

For more information about Pipestone Place Assisted Living in San Antonio, TX or to take a tour, call today (210) 718-0211.